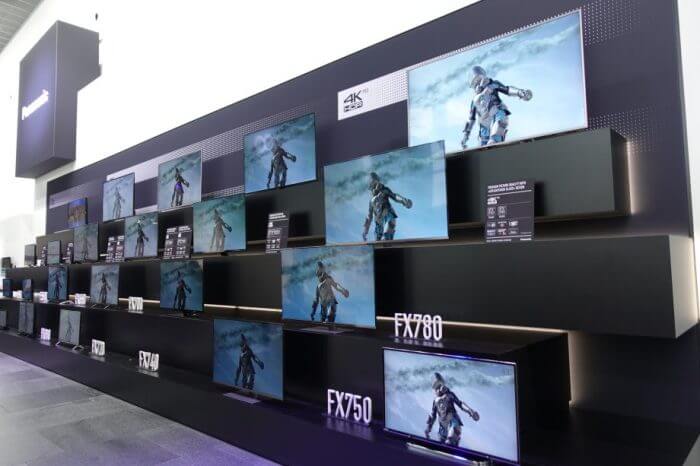 This comes at a time when the GST Council on Saturday decided to reduce the tax rate on the refrigerator, washing machine, sub-26 inch television, vacuum cleaner, mixer-grinder, iron, shaver, hairdryer, lithium-ion batteries used in power banks, mobiles and geyser to 18% from 28%.

Price of 32-inches and above televisions are set to go up by up to 15% from next month with manufacturers blaming the global shortage of television panels which has led to an increase in their prices coupled with the depreciation of the rupee, three senior industry executives said.

According to report published in retail.economictimes.indiatimes.com this comes at a time when the GST Council on Saturday decided to reduce tax rate on a refrigerator, washing machine, sub-26 inch television, vacuum cleaner, mixer-grinder, iron, shaver, hairdryer, lithium-ion batteries used in power banks, mobiles and geyser to 18% from 28%. This will lead to a price cut of around 8% on these products.

Television panel prices have gone up by 10-15% since last 2-3 weeks in markets like Hong Kong, Vietnam, Indonesia, Taiwan, China and Korea from where they are manufactured and sourced, the executives said. The main companies manufacturing panels are LG, Samsung, Innolux and BOE Display.

“Price hike on television is inevitable with panel prices going up and impact of exchange rate putting high pressure on costs,” said Panasonic India CEO Manish Sharma. “In case of GST is reduced from 28% to 18% as requested by industry, the impact can be shielded and will fuel demand,” he said.

According to report published by Writankar Mukherjee Avneet Singh Marwah, CEO of Super Plastronics, the licensee of Thomson and Kodak television brands in India, said panel manufacturers have together created this global shortage to jack up prices considering Indian manufacturers tend to buy in volumes now to ensure festive season stock is ready.

“They did this in 2016 too. The maximum price hike for panels has been in 32 and 40-inch sizes, which are the highest selling in India,” he said.

Television of 32, 40 and 43-inches screen sizes – which accounts for almost 85% of the Indian market – will see the maximum prices hike of around 15%, while the larger screen like 50-inch and above will get costlier by about 7-10%.

BPL’s COO Manmohan Ganesh said 80% of the manufacturing cost of television in sizes up to 43-inch is the panel. “However, in 50-inch plus segment where the models are mostly smart TV, there are other components and hence price hike will be lower,” he said.

Arjuun Bajaj, CEO of Daiwa TV, said the government’s decision to only cut GST on only small screen televisions has put the industry into danger as the grey market will further misuse the GST according to retail.economictimes.indiatimes.com

Television demand was impacted after last year festive season till the Fifa World Cup when sales grew by about 20% with sales flagging after the initial two weeks with the exit of popular teams and players.

The industry is worried that the price hike may dampen demand during the crucial festive season. The festive season, starting with Onam and ending with Diwali, is the biggest purchasing season for consumer electronics accounting for 40-45% of annual sales, executives said.