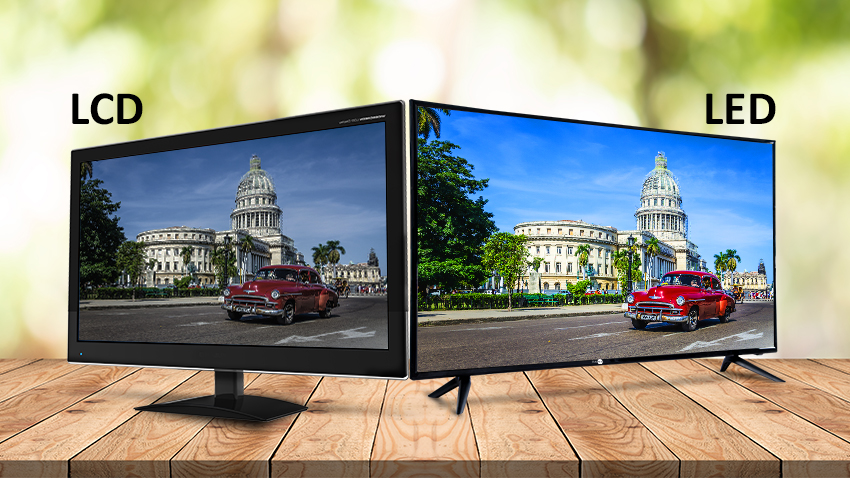 Basic Differences Between LCD and LED TVs That You Must Know
Date : 30 Aug 2019 Posted By :

Buying a smart TV or LED TV is an occasion in Indian families, it is your hard-earned money and you will always want to buy the best possible product but of course, within your estimated budget. A few years back the market was flourished with LCD TVs. We all have heard that term but nowadays we may not find LCD TVs in the market and most of them are LED TVs, so we all must be curious and eager to know what are the basic differences between LCD and LED TVs. In this blog, we will discuss in detail about the basic differences of an LCD TV and LED TV and why after the LED TV comes to the market the LCD TV is almost nonexistent.

Below are the four basic differences between LCD TV and LED TV:

So, the above blog will help you to understand the basic difference between an LCD TV and LED TV. Now it’s completely your choice what priority you will give. You can give priority to price buy an LCD or if you are concerned in quality then buy an LED TV.