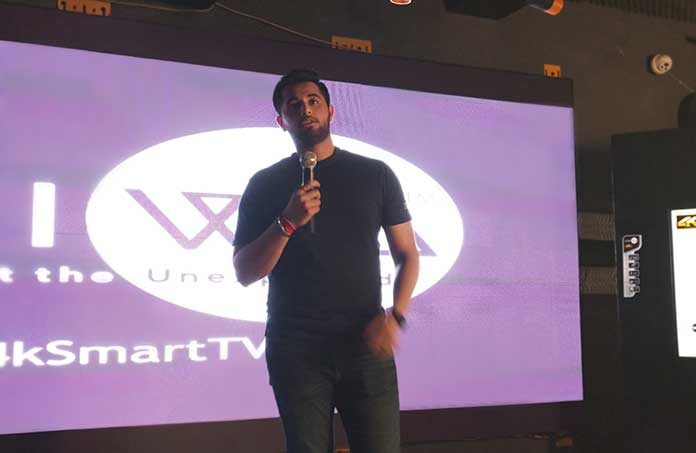 With its built-in box speaker Dolby sound, the TV ensures the users to good vocals and perfect sound. The built-in high-performance speakers features a surround sound and output power of 20W. The Daiwa 4K Smart TV runs on Android and comes with the 1GB RAM and 8GB storage.

Furthermore, the 4K Smart TV assists the Power Audio volume that turns your living room into a party hotspot; Eco Vision reduces power consumption for enhanced contrast that reduces on-screen noise. With the help of M. Cast, cast your smart device’s screen on the TV and enjoy the world of entertainment on a bigger picture both Android and iPhone (Via E-Share)

Daiwa 4K TV connectivity options include 3 distinct HDMI inputs, allowing you to connect your laptop, gaming console etc. This all-for-one and one-for-all TV also has 2 USB inputs as well. So, plug in and avoid getting into the wired library.

“We are excited with the launch of Daiwa 4K TVs in India, that too at the most budgeted prices with the latest in Technology and several values added features. Redefining the 4K TV Market in India, expect the unexpected from the house of Daiwa,” says the founder of Daiwa, Arjuun Bajaj.

Both the newly launched smart TV will be available for sale on e-commerce portals and company’s own website.