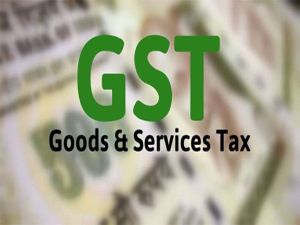 The prevailing taxation system is a convoluted maze of Central and State taxes whose ambiguous nature is sure to be ousted with the materialization of GST on the 1st of July. By subsuming a multiplicity of taxes, the Law is endowed with the power to alter the way in which we do business. A characteristic of ‘One Nation, One Tax’, this law brings singularity by amalgamating as many as 17 indirect levies thus creating a common, nation-wide playground for trade and commerce. With this law also comes hassle free compliance obligations. Thronging the country with its digitalized approach, every sector of the economy will experience its implications.

The entire country stands to profit from GST as it eliminates the problem of double taxation. With a reduced cost structure, the consumer durables industry will be one of the most positively impacted sectors. This slump in prices will attract more buyers and will lead to a boost in their sales.

The Logistics sector will be one of the biggest winners in GST. Seamless movement of goods and a common market across the nation is one of the aspects of the GST Law. This stands to favor us as at present, state border checks at regular intervals accounts for the loss of time in the movement of goods transport vehicles, resulting in delayed deliveries and enhanced product cost to the end-customer. But when GST sees the light of the day, India will become one single market, free from state entry levies wherein goods and services can flow freely. However, the problem arises as the drivers are not educated or well acquainted enough to follow strict rules of compliance especially when it involves technology. This change in the system of operation, from manual to automate will cause chaos and their lack of knowledge could lead to them defaulting in this new system. For example, the e-challan issued for the goods in transit have to be maintained by the driver of the truck which he need to present to the toll plaza while entering another state’s proximity.

The initial cheer over lower tax rates proved to be short-lived.  Despite the rollout date of 1st of July drawing closer, there is still no clarity under the new indirect tax regime. With less than two weeks to go, GST has become synonyms with Confusion. Many organizations face challenges as a new system is being implemented and are clueless as to the transitional gains and losses under GST. Hence they are forced to clear their stocks through discounts. At present, there is a lack of clarity on how the present excise exemption will work, post GST. In addition, there are going to be multiple costs associated with old stocks, compliances and increased cash flow requirements. Clarity is also required on differential duty on imports and local manufacturing to see the full impact of GST.

Another blatant problem with the tax structure is the placement of consumer durables under the 28% tax slab. The proposed GST will inflate prices of consumer durables like television, air conditioner, refrigerator and washing machine which will go up by 4% or more, according to industry estimates. Smaller home appliances such as electric irons, mixer grinders and juicers will also become dearer as all of them will come under one GST slab. Under the current system, the cumulative tax was between 23-28% depending on the state. A price rise of 4% and upwards and the assigning a “luxury” status to these appliances caused an outcry amongst this industry. The government should rationalize rates rather than simply adhering to mechanical grouping.  However, ultimately this price will be neutralized in couple of months as people will come to accept it. The trade partners though might have a slight impact due to input tax but they can recover by increasing their selling price.

To conclude, GST seems to be a tax that will make changes in better light. It has the ability eliminate corruption, theft of VAT etc. through its digitalized methods. This will ensure smooth business and a healthier GDP. We hope that the very tenets of this law will make negligible the issues that arise and looking at the broader picture, it could be one of the boldest and best reforms post-independence. GST should hopefully fulfill its promises after its transitional hiccups!