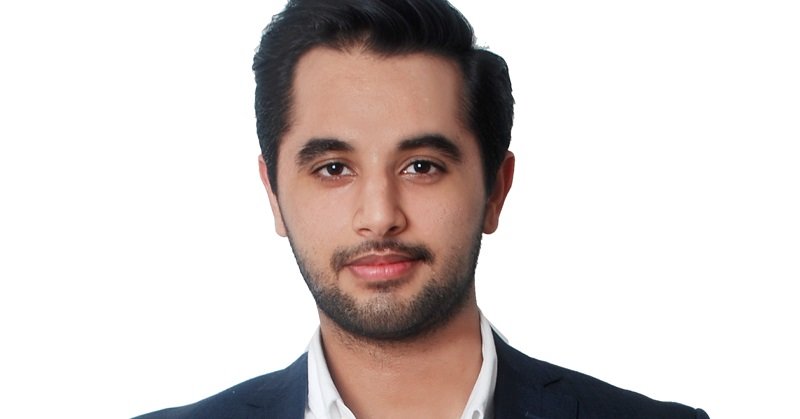 Ernst and Young says the television market in India – pegged at Rs 75,000 crore currently, will be Rs 1,30,500-crore-strong by the end of this decade

The year was 2015. Summer rain was falling in Colchester, England, and an entrepreneur in the making was at university in the former capital of Roman England.

Arjun Bajaj, the scion of one of the largest TV manufacturing companies in India, was wondering how he could add value to the family’s 34-year-old electronics business. While he was away, e-commerce portals like Amazon, Flipkart and Snapdeal had gained a toehold in the Indian retail industry. They had given traditional entrepreneurs a chance to discover online sales channels.

But where others saw a solution, Arjun perceived a problem. Most brands selling electronics on these channels sourced the final product from China. Among the popular brands were Intex and Micromax, but the irony was that their products were assembled in the factories of Videotex International, a Noida-based company set up by Arjun’s father, Vinay Bajaj. Videotex is one of India’s premier LED television ODM/OEM companies.
“I spent a year in the factory building relationships with existing brands. I wondered why we could not make our own TVs in the country, especially since most brands assembled their product with us,” says Arjun.

The birth of Daiwa

In 2016, Arjun approached his father with a business plan. He told him that they could launch three sizes of smart TVs (flat TVs) with an investment plan of less than Rs 5 lakh for an online sales play.
And the brand Daiwa was launched.

“Dad is the engineer and understands all the modern specs that have to go into a TV; I took care of the e-commerce partnerships,” Arjun says.

Armed with a bunch of ideas, he went calling on a couple of e-commerce companies. That’s when he realised that doing business in India was all about the price.

Arjun built an inventory of 50 TVs within a month and began meeting purchase heads at Shopclues, Flipkart and Amazon.
It took him a few meetings to realise that some of them were not interested in the value that he was bringing to the industry.
“Here I was meeting business heads and telling them about a superior make-in-India smart TV, but all they were interested in was driving prices down,” Arjun says.

However he did not budge, keeping pricing in his control.

Arjun believed that if he sold 50 TVs he would have his father’s blessings. But in a month he had orders for 500 smart TVs and Daiwa turned into one of the popular brands on the e-commerce platform. Not long after, Daiwa was launched on Amazon, PayTM and Snapdeal.

Daiwa’s debut on Amazon led to a spurt in sales; the company began to sell 1,000 units a month. By the end of March 2017, the financial closing, the company had sold 10,000 TVs, and notched up revenues of Rs 10 crore.

This year, Daiwa has been selling more than 1,500 TVs every month.

Daiwa’s main objective is to break the myth that the best products only come at a hefty price. The company prides itself on offering state-of-the-art technology at low price points.

The reason Daiwa’s TVs are top sellers could be that they are 50 per cent cheaper than big brands and offer the same technology. For instance, Daiwa offers 1GB RAM and 8GB internal memory on TVs as compared to the 512 MB RAM other companies provide.
The company is able to maintain low prices because their production facility is located in India. The R&D team sits in China, but all televisions are designed and manufactured in India.

The factory in Greater Noida has the capacity to manufacture 2,000 television sets in a day. The motherboards are manufactured in-house and Surface Mounting Technology (components of the television are mounted on the motherboard directly) is used to hasten the production of televisions on demand.
What about the competition?

The competition in this market is huge in India with televisions offered by electronics majors like Samsung, Videocon, Panasonic, Onida, Micromax and Sony.

But Arjun says he’s not competing with these companies as he’s targeting the 21 to 35-year-olds who want smart TV features at affordable prices.

Ernst and Young says the television market in India – pegged at Rs 75,000 crore currently, will be Rs 1,30,500-crore strong by the end of this decade.

Mahesh Lingareddy, the founder of Smartron, says: “The Indian market needs original ideas and thinking. We need home-grown brands in the electronics segment; products that are designed in India and whose IP remains in India.”
VU Technologies, another home-grown brand, sold close to half a million units last year and had a turnover of Rs 275 crore. Companies like Intex do similar numbers with their televisions.

Does this mean that something big is round the corner for Daiwa?
Abhishek Parihar, CEO of SagarFab International, says: “Consumption is growing in tier-2 cities and the opportunity to build brands is a large one.”

Daiwa is backed by parent and manufacturer Videotex, now a Rs 200-crore company. But in a few years the brand could become bigger than the manufacturing company.