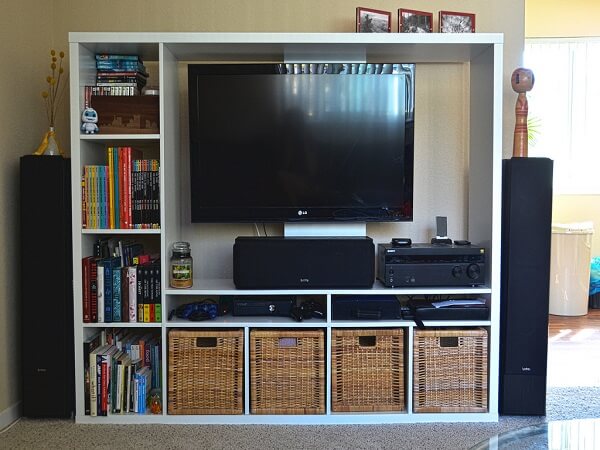 Prices of 32-inches and more television sets are expected to see a surge of at least 15 percent from August due to the global shortage of LED panels, high goods and services tax (GST) and depreciation of the rupee, manufacturers have stated.

The GST council had declared on July 21 that a total of 17 white goods will be reduced to 18 percent GST category from the 28 percent category. This list included television sets of up to 26 inches but televisions above the range especially 32 inches and above, which are more popular among customers, didn’t make the cut.

Also, on Friday, the rupee hit a new low of 69.12 against the US dollar and analysts are saying that it might go down even further. This is all set to hit the TV business because most of the raw materials for the manufacture of televisions are imported from abroad and the rupee depreciation will have a direct impact on the former. Besides this, there is anyway a global deficiency of LED panels that form the main components of television sets.

Manish Sharma, CEO of Panasonic India, said, “Price hike on television is inevitable with panel prices going up and impact of exchange rate putting high pressure on costs.” He added that if the GST council decides to include television sets of 32 inches and above in the reduced 18 percent category, the impact of high panel prices can be dealt with and customers increase demands as well.

Avneet Singh Marwah, CEO of Super Plastronics, the licensee of Thomson and Kodak television brands in India, said that the shortage of LED panels was collectively created by panel manufacturers with the aim to increase prices “considering Indian manufacturers tend to buy in volumes ahead of festive season, to ready the stocks.”

Prices of LED panels have reportedly seen a hike by 10 to 15 percent over the last two to three weeks in the manufacturing market such as Taiwan, Japan, Hong Kong, China, Vietnam, Korea and Indonesia

In fact, people from the television industry have informed that approximately 65 to 70 percent of the market is controlled by 32-inch and 40-inch televisions. However, the GST council announced on Saturday that televisions between the above-mentioned range will still come under the category of luxury goods.

Prices of LED televisions of 32 inches and above are reportedly already experiencing a hike in price by 20 to 25 percent. “From the first week of July, large consumer durable firms have started to raise prices of the big screen television sets. This is just in time for the festive season that will commence with Onam and Raksha Bandha,” an all-India electronics dealer said.

Big-screen televisions account for almost 85 percent of the Indian market, will see an increase in prices by almost 15 percent while the larger sets that come in the range of 50-inches and above will see a surge by almost 7 to 10 percent.

Industry manufacturers have stated that this is not the first time that LED panel makers have increased the prices of the panels and eventually caused a shortage of the same. Marwah said: “They did this in 2016 too. The maximum price hike for panels has been in 32 and 40-inch sizes, which are the highest selling in India.”

Arjun Bajaj, CEO of Daiwa TV, said that the GST council’s decision to not include big-screen televisions in the 18 percent GST slab has put the industry into danger because the grey market will benefit from this move by taking the wrong advantage of GST.

Television sales saw poor results last year, but this year’s FIFA world cup made a difference with sales growing by approximately 20 percent. The growth might have been even higher had popular teams not crashed out of the most-watched sports event in the world, in the initial two weeks.

Marwah said: “The 32-inch and 40-inch televisions constitute almost 70 percent of the television market. The GST council should reconsider the tax rates for this segment that has 33 percent market penetration whereas products like fully-automatic washers and double-door refrigerators have about 12 percent penetration.”

The GST council might meet again in the first week of September.