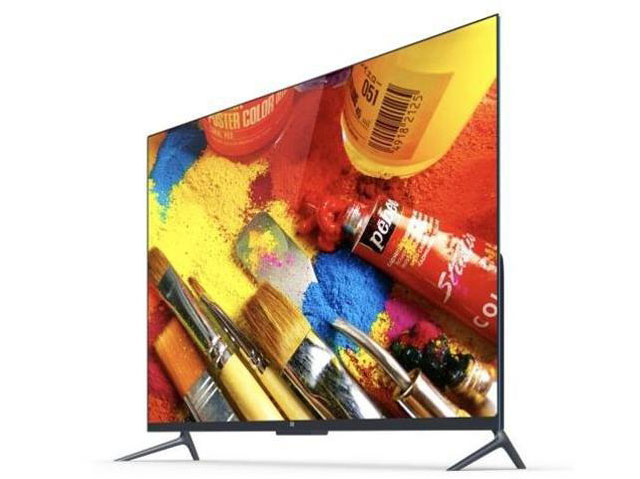 Planning to buy a new smart TV without spending a bomb? Here are top smart 4K TVs in India in your budget.

Smart TVs have been around for quite some time but have mostly catered to the high-end price segment. The entry of Xiaomi’s affordable smart TVs offered in 4K resolution made a big shift in the market. Ever since there has been a sudden surge in new affordable smart TV launches from companies such as Vu, Thomson, Kodak, TCL, and most recently Daiwa.

What is a smart TV?

A smart TV differentiates itself from a traditional TV as it is powered by an operating system which doesn’t require a cable connection or dish for media consumption. Smart TVs use a broadband or Wi-Fi connection to the internet and access content online from different available platforms.

Most smart TVs come pre-loaded with OTT apps or you can download them from the app store. For example, Android smart TV users can download apps from Google Play Store. You can also cast your smartphones to smart TVs and browse the web.

Daiwa is the newest entry in the 4K Smart TV market and also with the cheapest offering for the 55-inch display range. Its D55UVC6N 55-inch 4K Smart LED TV is priced at Rs 36,999. The smart TV runs on Android 4.4 KitKat but the company has promised an upgrade soon. Powered by a dual-core processor,it offers 1GB of RAM and 8GB of internal storage. Daiwa D55UVC6N also comes with M.Cast support for Android and iOS devices. It further comes with three HDMI ports, 2 USB ports, and an ethernet port.

The smart TV runs on the Android based customised PatchWall OS. PatchWall OS offers content from over 15 different sources in across 12 Indic languages which results to over 500,000 hours of content available. Xiaomi also says that 80% of its content is available to watch for free. Its connectivity options include 3 HDMI ports, two USB 3.0 and USB 2.0 ports. It also comes with support for dual-band Wi-Fi, Bluetooth 4.0 and Dolby Audio.

Kodak’s 4K LED Smart TV is originally priced at Rs 70,990 but is currently available via Flipkart at Rs 41,999. It is powered by a dual-core processor coupled with 1GB of RAM and 8GB of internal storage. On the software front, Kodak 55-inch 4K LED Smart TV runs on a customised version of the dated Android 4.4 KitKat OS. The smart TV comes with direct access to Netflix and YouTube along with a smart remote.

Vu has a series of ActiVoice Android TVs offered in 43, 49 and 55 inches. Fitting this price category is the 49-inch model which originally priced at Rs 62,000 is available on Flipkart at Rs 46,999. This model of Vu ActiVoice runs on Android 7.0 Nougat, and comes with Chromecast support enabled. It’s smart remote comes with voice search. It is powered by a quad-core processor and comes with 2.5GB of RAM and 16GB of onboard storage. It also offers 3 HDMI ports, 2 USB ports, and comes with Dolby audio.

TCL recently introduced its iFFALCON Android Smart TVs in India starting at a price of Rs 13,999. Of the series, iFFALCON 55K2A priced at Rs 45,999 offers a 4K UHD display in a 55-inch screen. The smart TV runs on Android 7.0 Nougat, and features built-in Chromecast and Dolby 5.1 Surround Sound. It also comes with Smart Volume feature which adjusts the volume according to the type of content being watched.

In terms of hardware, the iFFALCON 55K2A runs a quad-core processor under its hood with 2.5GB of RAM and 16GB of internal storage. In addition to acccess to apps like Hotstar, YouTube and Netflix, iFFALCON 55K2A also comes with JioCinema pre-installed.

Thomson re-entered the Indian market with three new smart LED TVs. Thomson offers the cheapest choice available with its 43 UHD 4K Smart LED TV priced at Rs 27,999 but at a smaller 43-inch display size. Its hardware specifics include a 64-bit dual-core processor, 1GB of RAM and 8GB of internal storage. It also comes with a ‘Sport Mode’ which offers enhanced viewing and audio through its ‘Ultimate Cricket Viewing Experience’ feature.